The Importance Of Medical Staff In Covid 19 Pandemic

Do you know what is manglik yoga ?

Has Preity Zinta really become a professional hairdresser? This video is going viral

Do you have energy that causes you harm ?

WHO WILL BE THE NEXT WICKET KEEPER IN ODI AND T20 AFTER LEGEND MS DHONI?

Rahul Gandhi said, there will be research at Harvard on the failure of Corona, demonetisation and GST

Bad news for the citizens after Chinese apps, entry will be a problem in Delhi

Nokia 5310 launched in India for Rs. 3,399 : know the features and specifications

Corona: What is the Chinese connection of Nizamuddin Markaz? Crime branch investigation

Jagannath rath yatra will be celebrated with the corona confrontation

How China PLA is fragile ?

Medication for the treatment of corona, is a tablet of Rs 103

Best 48MP Camera Smartphone India: These are the best 48 MP camera smartphones in the budget segment

Earthquake: Soon after Gujarat, earthquake tremors in Jammu and Kashmir, people moved out of homes, panic

Sushant Singh Rajput Girlfriend Rhea Chakraborty was with him till one day back !

Two militants gun down by forces in Kulgam District

After classes on Whatsapp, kiss foundation takes up a novel approach to teaching in times of pandemic

This actress claimed, after Corona, there will be a change in shooting the intimate scene

India VS China: Rahul Gandhi wrote poetry on Amit Shah, everyone knows the reality of the border

Ram Janmabhoomi temple opened in Ayodhya, know what the system is, how to enter

CM Arvind Kejriwal’s health deteriorated, he did home quarantine himself, tomorrow will be corona test

shaking video of a dead woman and a child trying to awaken her,court takes cognizance of the incident, asked Bihar government – how it...

Corona test of 1.3 billion people is not possible in the country, it will be very expensive: Dr. Harsh Vardhan

Demi Rose slaunts her sexy back in topless shoot

Instagram sensation Demi Rose shakes up the internet,Demi posed with booty to camera

From Kareena Kapoor to Priyanka Chopra, Bollywood babes became crazy about this one dress

Youth For Action odisha Dry food distributed to needy and poor people of ward no 13,or ward no 14, North Bhubaneswar

35 lakh migrants transported to their homes by 2600 special trains

Social Media Marketing for Franchises is Meant for Women

Customer Engagement Marketing: A New Strategy for the Economy

Entrepreneurial Advertising: The Future Of Marketing

Mobile Marketing is Said to Be the Future of E-Commerce

How Nancy Reagan Gave Glamour and Class to the White House

The Definitive Guide To Marketing Your Business On Instagram

Kansas City Has a Massive Array of Big National Companies

Now Is the Time to Think About Your Small-Business Success

Things You Didn’t Know About the California’s Past Gouvernors

The Las Vegas Municipality Gears up for Next Year’s Election

Customer Engagement Marketing: A New Strategy for the Economy

Ultimate Guide to Vienna’s Coffee Renaissance Packed in One Weekend

Vacation Bucket List: The Top 10 Trips of a Lifetime You Should Take

What wines should you pair with your Christmas menu?

For Composer Derrick Spiva, Music is all About Embracing Life

How Music is Capable of Changing Your Mood in Every Situation

After the violent clashes in the Galvan valley of Ladakh, the government started giving shocks to China on all fronts. In this episode, the...
Read more
Featured

What is Depression ? Depression is a disease of mental disorder when any person lost interest in daily routine, hopeless, feeling negativity and sadness etc....
Read more

New Delhi, Agencies. The severe cyclonic storm continues after the Nisarg hit the Alibag coast of Maharashtra. High waves are rising in the sea. Trees and Bijali poles have been uprooted in many places in the state. The houses have also suffered heavy damage. It is gradually moving towards Mumbai and Thane. Please tell that Alibag is located 95 kilometers south of Mumbai. The landfall process will be completed shortly. The meteorological department has given information about this.

According to the department, its current intensity near the center is 90-100 kmph to 110 kmph. It will move northeast during the next 6 hours and weaken and turn into a cyclonic storm. According to news agency PTI, the landfall process started around 12.30 pm. It hit the ground about 40 km from Alibaug.  At this time the wind speed is 100 to 110 km / h.

No effect of storm in Gujarat expected

Jayant Sarkar, director of the Gujarat Meteorological Department, said that there is not much impact of the cyclonic storm in Gujarat. The major impact will be on this day itself, that too will be limited to the districts of Maharashtra and adjoining southern Gujarat.

About 43 teams of NDRF deployed

According to NDRF Director General SN Pradhan, about 43 NDRF teams have been deployed in both states. About 1 lakh people have been rescued from the path of the cyclone. We are dealing with two threats simultaneously, Maharashtra is particularly a hotspot of corona virus (COVID-19).

The rear part of the wall cloud region is still over the sea and the landfall process will be completed in one hour. Its current intensity near the centre is 90-100 kmph to 110kmph. It will move northeastwards and weaken into a cyclonic storm during next 6 hrs:IMD#CycloneNisarga pic.twitter.com/szSTwVb40N

The Indian Coast Guard (West) has sent eight teams to Maharashtra on Wednesday to provide any humanitarian aid and disaster relief due to cyclone resurgence. The Public Relations Officer of the coastal guard said that the teams have been deployed in the coastal areas of Dahanu, Mumbai, Murud, Janjira and Ratnagiri, according to the news agency ANI. Similarly teams are on standby in Goa, Karnataka and Kerala.

Trees in the Nariman Point area were uprooted due to heavy rains and thunderstorms in Mumbai due to cyclonic storms. There are reports of heavy losses due to cyclone in Maharashtra. There will be no take-off or landing at Chhatrapati Shivaji Maharaj International Airport until 7 pm

Earlier, the department had informed that the natural storm is 200 km from Mumbai. Rain has started in some parts of Panaji city with strong winds. The Meteorological Department has predicted light to moderate rain in most areas for Goa today.

Strong winds and tides have knocked on Miramar Beach in Goa in view of cyclone nature. The video agency ANI has released its video.

#WATCH: Strong winds and high tides hit Miramar Beach in Goa. #CycloneNisarga likely to hit the neighbouring state Maharashtra in one hour and the process will be completed during the next 3 hours. pic.twitter.com/9tGHQ8vlzb

According to news agency ANI, work is on to bring people to safer places in view of cyclone ‘Nisarg’ in Daman. The NDRF team has started rescue and relief operations. 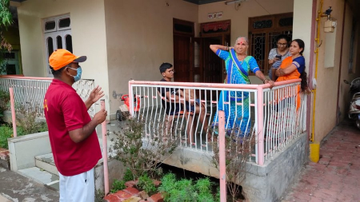 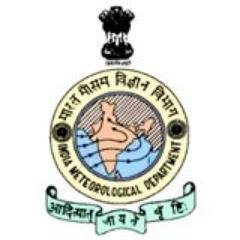 Rain in Mumbai and metropolitan areas

Before the landfall, rains started in Mumbai and metropolitan areas of Maharashtra from Tuesday evening. According to the news agency PTI, it intensified at night.

Maharashtra and Gujarat have activated their disaster response mechanisms. NDRF teams are deployed in both the states and people are being evacuated from the affected areas. Let me tell you that both the western states are already struggling with the corona epidemic, which has put their health system under severe stress.

A round-the-clock arrangement for the safety of the people

In Maharashtra, including Gujarat, Union Territories of Daman and Diu and Dadar Nagar Haveli, there is a roundabout system for the safety of the people. Prime Minister Narendra Modi on Tuesday assured all assistance to Maharashtra, Gujarat, Daman Diu, Dadra and Nagar Haveli.

According to the news agency ANI, the Meteorological Department has predicted heavy rains in Palghar, Pune, Thane, Mumbai, Raigad, Dhule, Nandurbar and Nashik in Maharashtra. The department has advised fishermen not to move around southeast Arabian Sea, Lakshadweep region and Kerala coast during the next 48 hours.

Rahul Gandhi said, there will be research at Harvard on the failure of Corona, demonetisation and GST

Bad news for the citizens after Chinese apps, entry will be a problem in Delhi

New Delhi: Businesses are also coming forward in the campaign of the government running against China. Recently, the protest in Delhi has increased after the Central...
Read more

After the violent clashes in the Galvan valley of Ladakh, the government started giving shocks to China on all fronts. In this episode, the...
Read more
Featured

What is Depression ? Depression is a disease of mental disorder when any person lost interest in daily routine, hopeless, feeling negativity and sadness etc....
Read more
Space

NASA is actively monitoring a strange anomaly in Earth's magnetic field: a giant region of lower magnetic intensity in the skies above the planet,...
Read more

Pranab Mukherjee Health News: Former President Pranab Mukherjee has gone into a deep coma. He is constantly on ventilator support. The Army Research and...
Read more
%d bloggers like this: